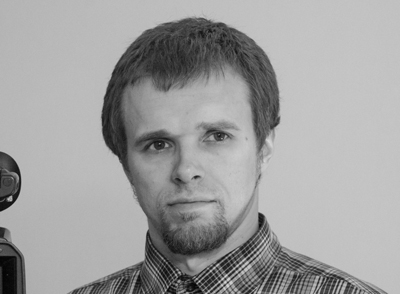 I love movies, but this style is not interesting to me. I would rather be known for creating work that has a cultural meaning that tells real stories about real people. Today everyone can tell their own story by video. They can make a simple film or animation and put it in the net and start getting their work seen and this is really interesting to me.

The super-camera does not make a super-videographer, but that said, the advances in technologies allows everyone the possibility to create high quality video and that I find fantastic.

The modern consumer has no time to separate the wheat from the chaff, the good from the bad. Original quality video content is what's needed, so right from the beginning of my career I decided to learn how to create it.

I was brought up on Zheglov by Govorukhin, but started filming "Vacation in Mexico" for MTV and “SURVIVOR" on the 1st Channel. I am proud of my participation in TV projects that are still considered popular, for example Krym, Moscow. Autumn. The 41st, The Hunt for NTV, 4 Weddings and the Bachelor, as well as many news items.

These works let me put my work in front of an audience. We can’t all be movie stars. We are talking with mass consumers of video content in their own language, and by standing behind the lens is a good opportunity to create some really meaningful content.