BA (Hons) Illustration students’ performance “The man who mistook his wife for a hat” based on the book by Oliver Saks took place at BHSAD in December.

This is a story about a man who can no longer identify objects that are familiar to him and it is about the way he restructures his vision. BA (Hons) Illustration students interpreted it through puppetry, through animation, through live-action, through costume.

Each group worked on a different part of the story. For example, Maria Kondrashova and Anna Podlipentseva staged the very last bit: “We thought it would be interesting if Dr Saks was an actor who interacts with other characters who are puppets. In the bit of the story we worked on he was mainly analyzing his patient’s condition, so it made sense to make him an outsider who looks at this whole situation from a different perspective”.

“BA (Hons) Illustration programme encourages students to experiment in a range of media, in a range of techniques, so we believe that illustration can encompass animation, creative writing, filmmaking, sculpture, performance. This is partly to stretch their creative muscles in their brain. But it’s also because of the industry really because the better variety you have of skills, the more employable you are. And it is very common now for an illustrator to dovetail as a graphic designer or to also be an animator. So this performance is a part of this philosophy”, — says BA (Hons) Illustration tutor William Goldsmith. 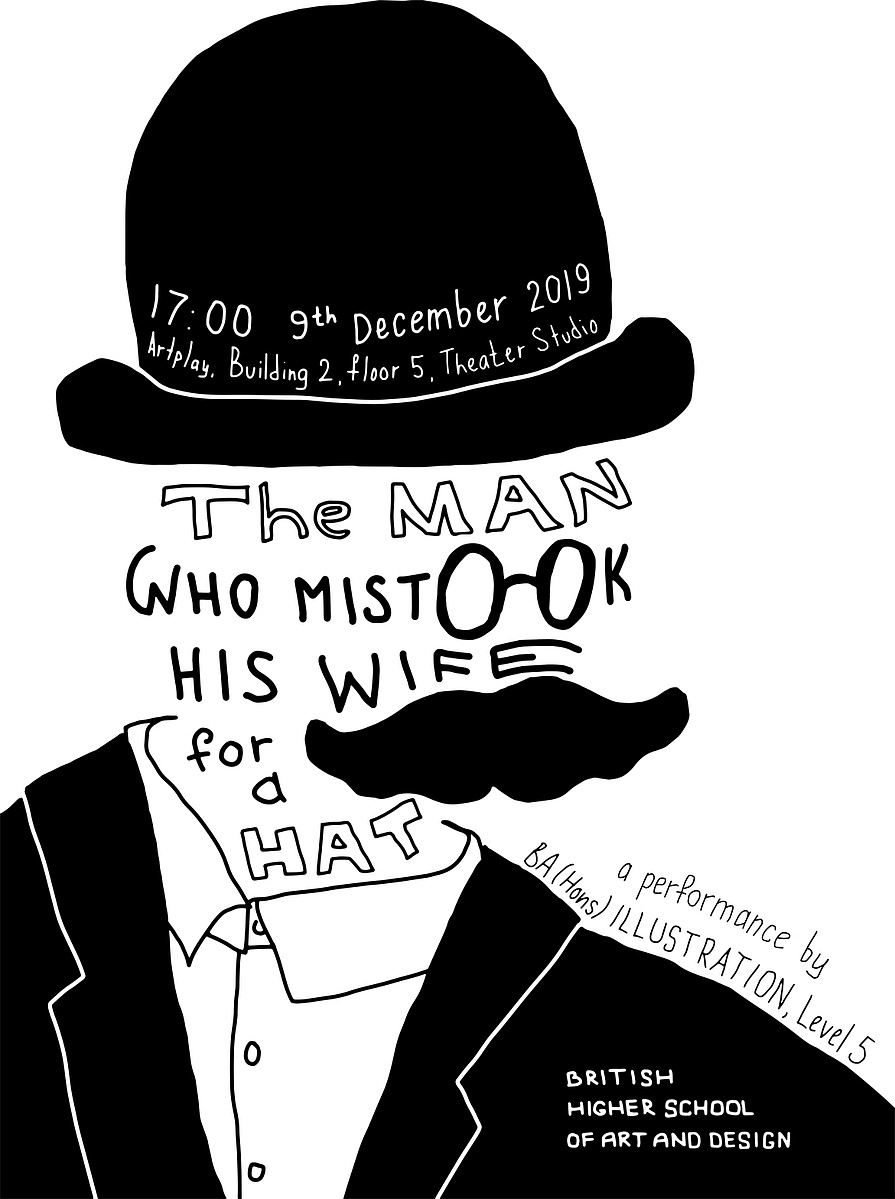 Blog All news
25.08.2021 | News
Graduates of BA (Hons) Fashion Design presented their project with actress Irina Gorbacheva
06.08.2021 | News
Final projects of British degree programmes students are now available online
11.01.2021 | News
The World Brand Design Society has given the British Higher School of Art and Design the title of WBDS Design Education Institution of the Year
17.12.2020 | News
A collaborative project of Foundation Art & Design students and Manchester School of Art students was presented at an exhibition in Shanghai
24.11.2020 | News
BA (Hons) Interior & Architecture Design students won the 3rd place in the Brick competition in the nomination "Brick public space"
BA (Hons) Illustration students took part in a performance “The man who mistook his wife for a hat”
We use cookies developed by our specialists and third parties, to analyze the events on our website, which allows us to improve interaction with users and service. Continuing to view the pages of our site, you accept the terms of its use. For more information, see our Privacy Policy.