This collaboration came to life thanks to the project "The Cutting Edge: Fashionpedia Vol.4" which explored creative approaches to technical skills. Students were asked to develop and elevate your experimental approaches to cutting, uniting technical know how with abstract imagination. It started with an illustration that then transformed into a complete garment, worn by a model.

"Since the moment the project was announced, we knew that this would be something different, something we have never done before. Each of us already had an image of who would become that missing part of the look and would revitalise the garment in the photographer's frame. We all understood the mood and emotion that a model should radiate, when presenting our project in front of the camera — it should have been a bright personality, artistic, one-of-a-kind girl. In our minds we had a distinct character with short hair that wouldn't distract from the detailed back of the top and sleeve. She must be tall, so that long and voluminous pants don’t restrict the movement, with an outstanding charisma, so that the model’s individuality is not lost in the complex details and textures of the garment. Thus, a photoshoot proposal for Britanka students’ project was sent to Irina Gorbacheva", — say Liza Komogorova, Victoria Popova, Elizaveta Stankevich and Natalya Bazanova.

"To be honest, everyone realised that the chance that the actress would find this experience exciting was slim, but it still existed, so we chose to believe in it. Nevertheless, the actress got curious and immediately asked about the concept, ideas, our vision of the whole process, and the conversation had started. On 22 October the LNVL team gathered in the studio holding their breath before the big day, everyone was madly worried that it would not turn out the way we imagined it. But as soon as Ira put the garment on, we exhaled with delight — everything looked better than perfect. The actress's movements instantly made the garment come alive, she moved as if it was created for her. Mirrors, cyclorama and her smile became that missing part of the project we were looking for". 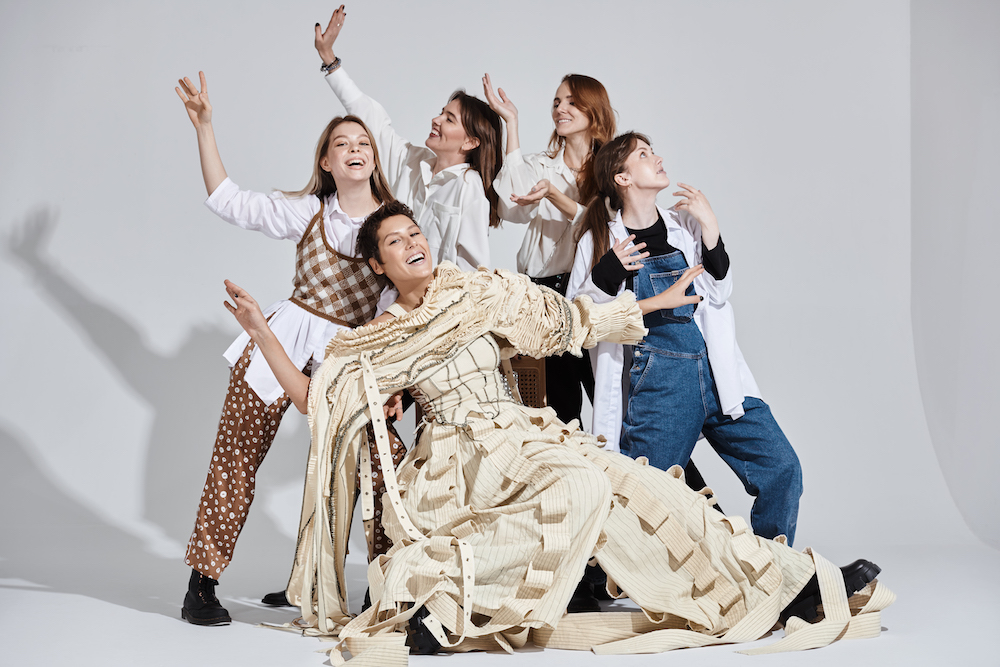 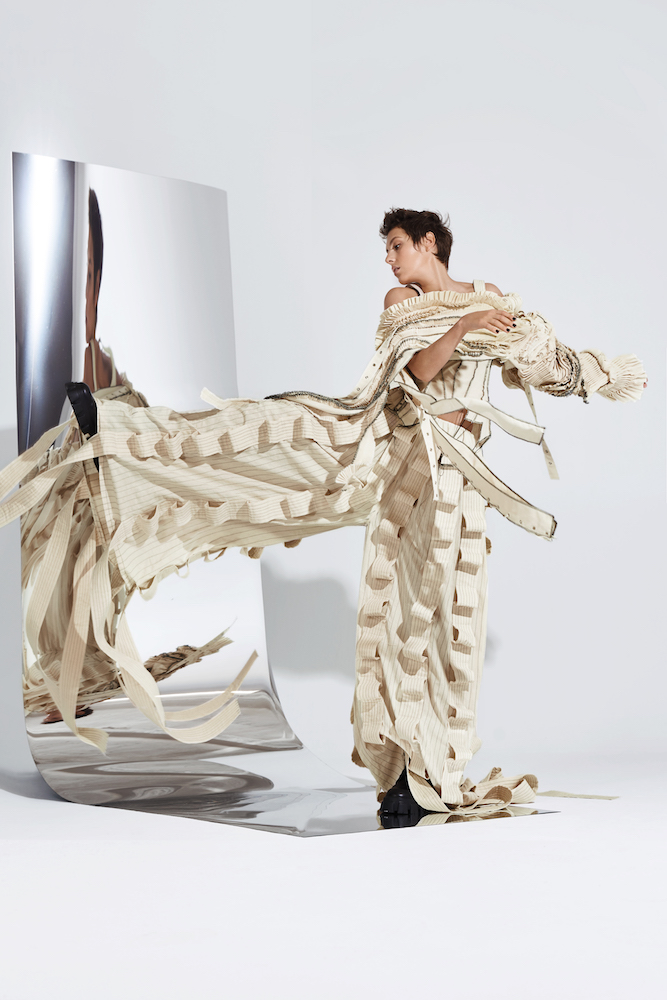 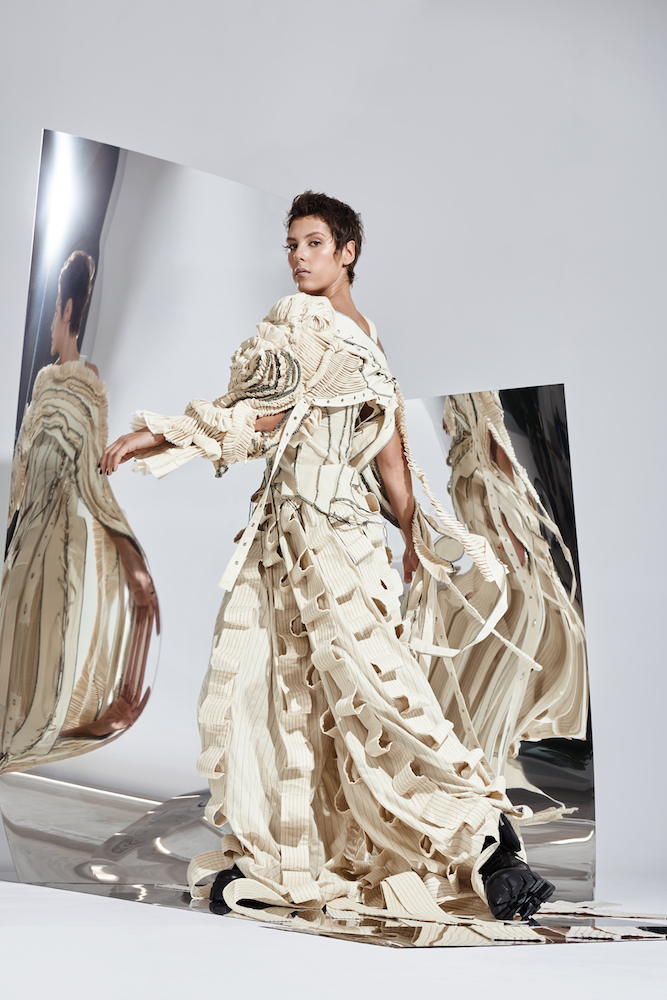 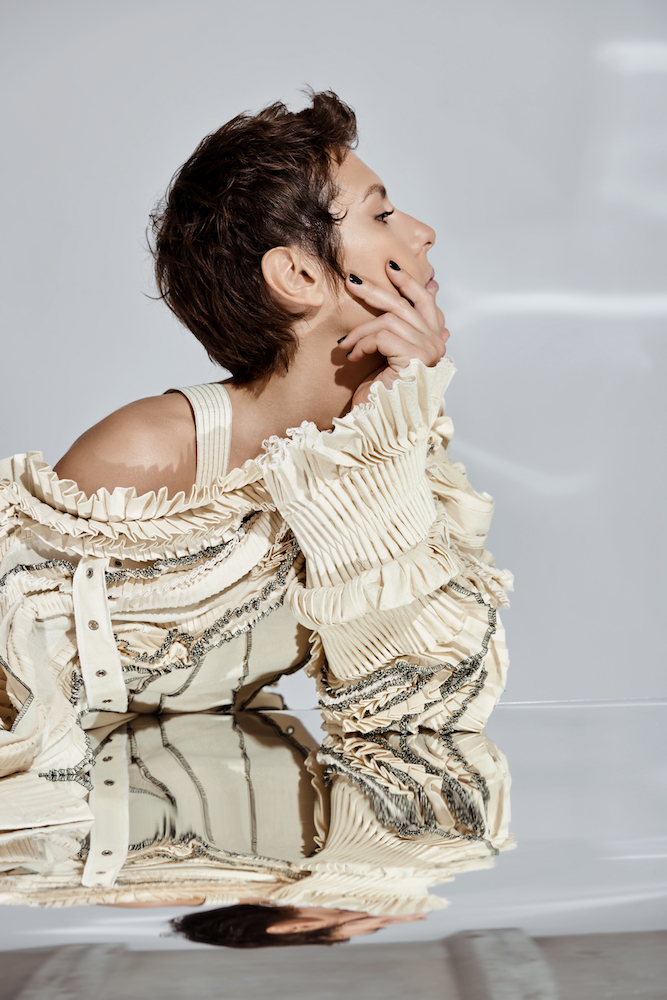 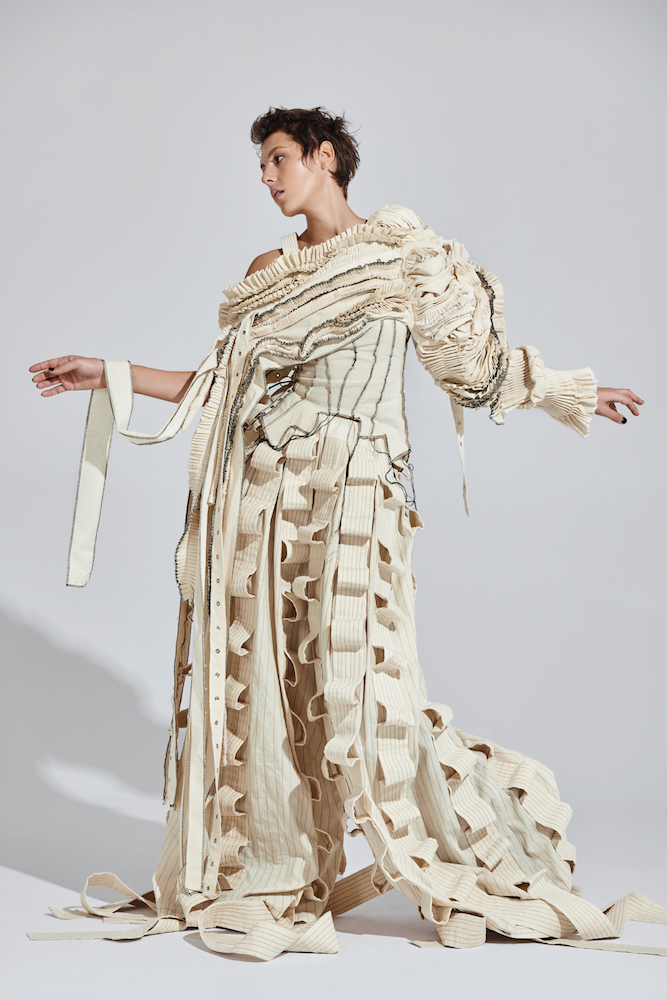