Guzel Yakhina — a graduate of MFS's Screenwriting faculty — was awarded "The Big Book"  National Literary Prize at a ceremony on 10 December that took place in Pashkov House .

Prior to this, Guzel's debut novel "Zuleiha opens his eyes" had became a literary discovery of the year, and won the "Yasnaya Polyana" award, plus entered the shortlist of the "Russian Booker Prize".

"The idea for this book first appeared three years ago. At that time I'd began to write the first drafts of the plot. When I started my studies at the Moscow Film School, I decided to create a script to get the whole story down" says Guzel Yakhina. I was helped by our course curator, Aleksandr Talal. Many thanks to him for that! After the script was done, I started to write the novel. "

Alexander Talal states: "Guzel is an extremely talented writer. Even when the "Zulaikha" idea was still in script form, such a thoughtful, independent creation, with live visual images and character archs, on such an epic scale emerged in front of my eyes, that any direction from my end was almost unnecessary. It was evident that this rich world, lived from inside, only needed a little form and structure added. I'm very proud of Guzel's success. Keep it up!"

We wish to congratulate Guzel and wish her coninued success! 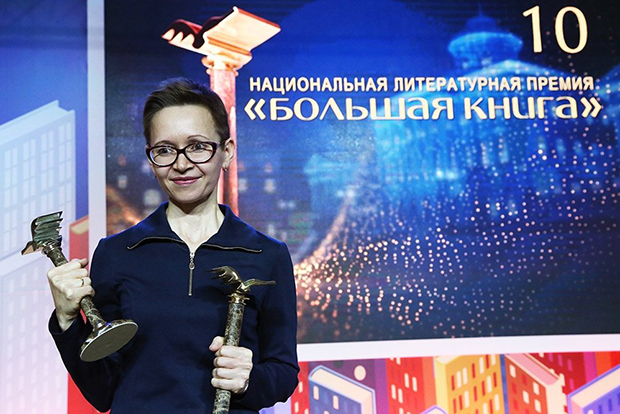 All news
09.01.2020 | News
BA (Hons) Illustration students took part in a performance “The man who mistook his wife for a hat”
03.12.2019 | News
Students of BA (Hons) Illustration took part in the 24-hour comics marathon
15.11.2019 | News
Professional Practice Talk with guest speakers was organized within Foundation Art & Design programme
18.10.2019 | News
Ba (Hons) Fashion show at Mercedes-Benz Fashion Week
23.09.2019 | News
Design Power: Britanka 2019 graduation party at Powerhouse
GUZEL YAKHINA WINS "THE BIG BOOK"
Hey! New design here!
If you notice that something is not working properly — please let us know by email [email protected] :)
We use cookies developed by our specialists and third parties, to analyze the events on our website, which allows us to improve interaction with users and service. Continuing to view the pages of our site, you accept the terms of its use. For more information, see our Privacy Policy.