On November 20th British Higher School of Art and Design hosted a public talk with Jonathan Anderson, founder of J.W. Anderson apparel brand and creative director of Loewe fashion house. The event was organized by Buro 24/7 portal and was moderated by Miroslava Duma.

On November 20th British Higher School of Art and Design hosted a public talk with Jonathan Anderson, founder of J.W. Anderson apparel brand and creative director of Loewe fashion house. The event was organized by Buro 24/7 portal and was moderated by Miroslava Duma.

J.W. Anderson debut collection appeared in 2007 and featured only men's garments. Apparel for women hit the shelves three years later, but it too instantly became lovemark among British fashion establishment. Now Jonathan Anderson is regarded as one of the most promising British designer of the latest generation. In 2014 he was named Designer of the Year in men's apparel by the British Fashion Council, and a year earlier LVHM acquired a stake in J.W. Anderson and appointed Jonathan creative director of Spanish fashion house Loewe.

It was the famous designer's first visit to Moscow and his first appearance at British Higher School of Art and Design. Judging by the number of fans attending the meeting, his work is well-know far beyond the United Kingdom. In his interview he told how a recent London College of Fashion graduate managed to build his own brand and find the right balance between avant-garde fashion and commercial success.

Reflecting on profitability and being in-demand on the market, he noted that the times when fashion was merely a form of self-expression are long gone. Now it is a serious and responsible business that can be rough and aggressive, merciless to the weak and highly competitive. The rate at which information is being consumed boggles the mind. It demands prompt reaction to any ongoing change in fashion. You must constantly surprise your clients and never let them get bored. Only this can grasp their attention and thus you keep them loyal to a specific brand.

Common marketing mechanisms that everyone is used to no longer work given the crisis and the current environment, and more complicated communication channels take the lead. Surprisingly, Instagram* is now one of the most powerful marketing tools that helps promote brands and win the targeted audience in fashion segment. This network has long evolved fr om applicational hobby into an engine for fashion industry. There are hundreds of examples for successful launch of brands and projects through Instagram*.

Anderson's trademark is cross-gender approach that is reflected in his unique style. He became known as agent provocateur in the world of fashion after his notorious 2013 show, and since then the designer has frequently returned to cross-gender theme in his other works. Jonathan says that he never gave a second thought to the collection and that he is still taken aback by the heated argument and criticism that the show provoked back then. He continues to playfully mix men's and women's garments that differ only in terms of size. Epatage in this case serves not as a goal per se, but as a means to get through to smug critics and to make a vibrant and memorable show.

As it was noted, fashion is a complicated business that involves dozens of stages that are entirely different from one another, starting with the idea that the designer tries to cut into with a tip of his pencil to logistic schemes that enable smooth delivery of apparel to every corner of the world. When people realize the scale of this, they no longer ask questions why a designer T-shirt manufactured in Europe costs £100 and not £5. Being a perfectionist by nature, Jonathan seeks full control over the choice of fabric and sewing methods, and he prefers to manufacture products in Europe, wh ere people still preserve traditions and respect quality. Currently J.W. Anderson clothes are produced by several facilities located in Europe. The brand's total headcount is over 1600 people.

But being head of one's own brand is one thing, while creating collections for a fashion house that was established in 1846 and has over 150 outlets in over 35 countries is a completely different story. After Jonathan Anderson became its creative director, the brand practically was reborn, shedding the reputation of a boring fashion house from Madrid with years and years of history behind it. It is now a bright and recognizable brand with clear positioning and established image. Jonathan was very careful with Loewe's legacy, bringing new life into chic leather accessories that made it famous, as well as pret-a-porter attire.

During the whole event the audience felt like they were listening not to a famous designer, but to an old friend, so relaxed were Jonathan's answers to questions that concerned not only his work but his personal life as well. 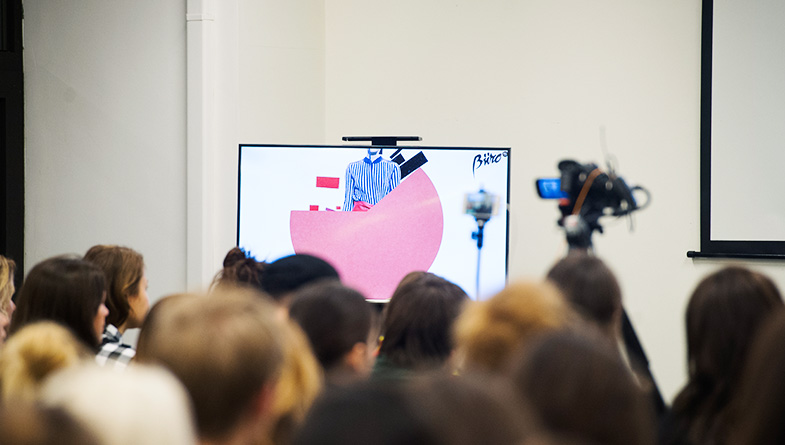 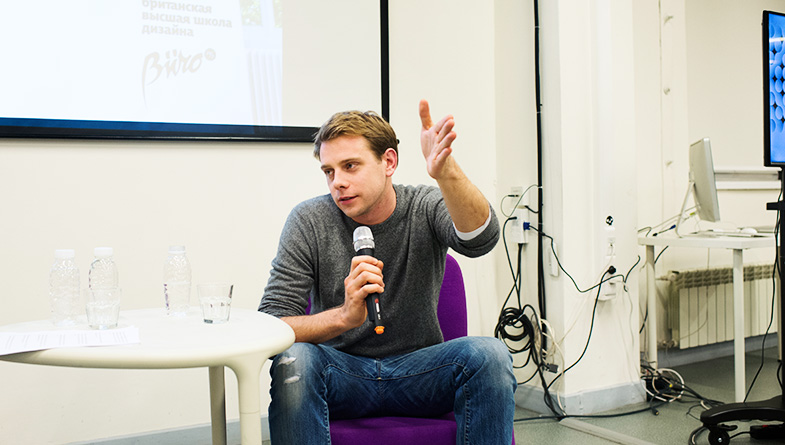 Blog All news
21.03.2022 | News
Britanka, MFS, AliExpress Russia and the Love Syndrome Foundation launched a clothing brand for people with Down syndrome
01.12.2021 | News
Call for applications for U AWARDS 2021 is now open till December 15th
25.08.2021 | News
Graduates of BA (Hons) Fashion Design presented their project with actress Irina Gorbacheva
06.08.2021 | News
Final projects of British degree programmes students are now available online
11.01.2021 | News
The World Brand Design Society has given the British Higher School of Art and Design the title of WBDS Design Education Institution of the Year
Jonathan Anderson, founder of J.W. Anderson brand and Loewe's creative director, spoke at BHSAD
We use cookies developed by our specialists and third parties, to analyze the events on our website, which allows us to improve interaction with users and service. Continuing to view the pages of our site, you accept the terms of its use. For more information, see our Privacy Policy.
×