Ekaterina Mikhailova, graduate of Mobile Applications Design programme who won the gold medal at the European Design Awards as a member of Redmadrobot studio team, explains how it all happened.

Ekaterina Mikhailova, graduate of Mobile Applications Design programme who won the gold medal at the European Design Awards as a member of Redmadrobot studio team, explains how it all happened.

“I was doing my second year of studies at Mobile Applications Design programme at Britanka. During one of the classes in the second semester, students from our year presented concepts for mobile services. Sergei Galtsev, our lead tutor, invited Maxim Desyatykh, Creative Director and Head of Design Department at Redmadrobot, to visit the event. After that, he invited four students for a job interview for a position in his studio.

So I and two other people came to work for one of the leading Russian mobile apps developers.

I graduated from Britanka, and a week later I went to work at the RMR office. And I immediately got in the thick of action, because I was asked to substitute a designer who went on vacation. I had to get to grips with the process very quickly. The fact that Sergei Galtsev, with whom we had great understanding during the year of studies, was art director at the company helped a lot. In general, at RMR projects are taken on by the whole team consisting of a manager, business analysts, designers and an art director, developers for iOS and Android. Apart from work, the company has vibrant inner schedule, including design marathons, demo-hours, conferences and constant training. In a word, it leaves no one bored.

My first major project was Vkusomania app for Azbuka Vkusa supermarket chain. Then all of a sudden I came across Codewards. It’s a learning kit and an educational platform for kids where they learn the basics of software development, learn to code, to solve various tasks and work as a team while playing.

Codewards has been around for a year and a half, and it has been used to educate over 10,000 kids. In 2017, the platform became the official partner of the all-Russian event “The Hour of Code”, held with the support of the Ministry of Education and the Ministry of Communications and Mass Media. Thus it gained millions of new users from all across Russia.

Given the new functions and the feedback we gathered, I needed to upgrade the interface as soon as possible. It was a very tough challenge, because we had only two weeks to complete the project (hello, sleepless nights and a ton of stress). Once again we worked together, Sergei Galtsev as an art director and me as a designer. The solution we proposed was upheld by the whole team, and it was integrated both for the “Hour of Code” and for the core project. And ta da – during the event, over 10 million kids wrote their first line of code in a simulator based on Codewards!

The idea to nominate the project for the European Design Awards was not spontaneous: Redmadrobot regularly takes part in Russian and international contests.

This specific award is like the Oscar in cinema: if you get a nomination and become shortlisted, it’s already amazing. Codewards was nominated for Miscellaneous Digital category. So what? Here’s what: in a couple of months we got a letter saying that we won the gold medal. You can imagine how we felt. Before that, RMR had already taken bronze medals at the EDA (in 2015 for Smotri+ and in 2017 for The Tsunami), but it was the first time that we took gold.

Then we went to Oslo for the awards ceremony. There was no suspense, but we were still anxious when we were getting onto that stage for a statuette. The major award of the contest, for the Best Agency, went to a Norwegian studio, but it’s still nice to see the Russian designers among the nominees and prize-winners!

"The EDA jury evaluates projects against a number of criteria: design quality, originality, relevance (how well the design corresponds to the aim of the product), and others. It’s hard to single out one key advantage of Codewards. It’s been a great job done by the product team, a well-deserved reward and our nice 5% contribution to the overall success. The most important thing is that we continue to improve the service. The award motivates us to do an even better job next year and to nominate new projects for the award", said Sergey Galtsev, art director of Redmadrobot, lead tutor of Mobile Applications Design programme at the BHSAD.

I am delighted to have received this award, but I am aware that we could have done an even better job. I am extremely lucky to have the team that has been supporting me from the very beginning, first in Britanka and now in RMR. In the past two years, my life has changed thanks to cool projects, colleagues, acquaintances, many new areas for personal development, and in our sphere there is always room for growth. It turned out that I really like not only to create designs, but also to pass on the knowledge to others: there is a mentoring system in our company, and now I'm helping the newcomers just like Sergei once helped me. It's very cool when your advice helps other people at work, and you see it with your own eyes.

The awards are brief moments of happiness and pride that inspire you to work better. But the best thing is to receive feedback from the users and know that your project is getting along”. 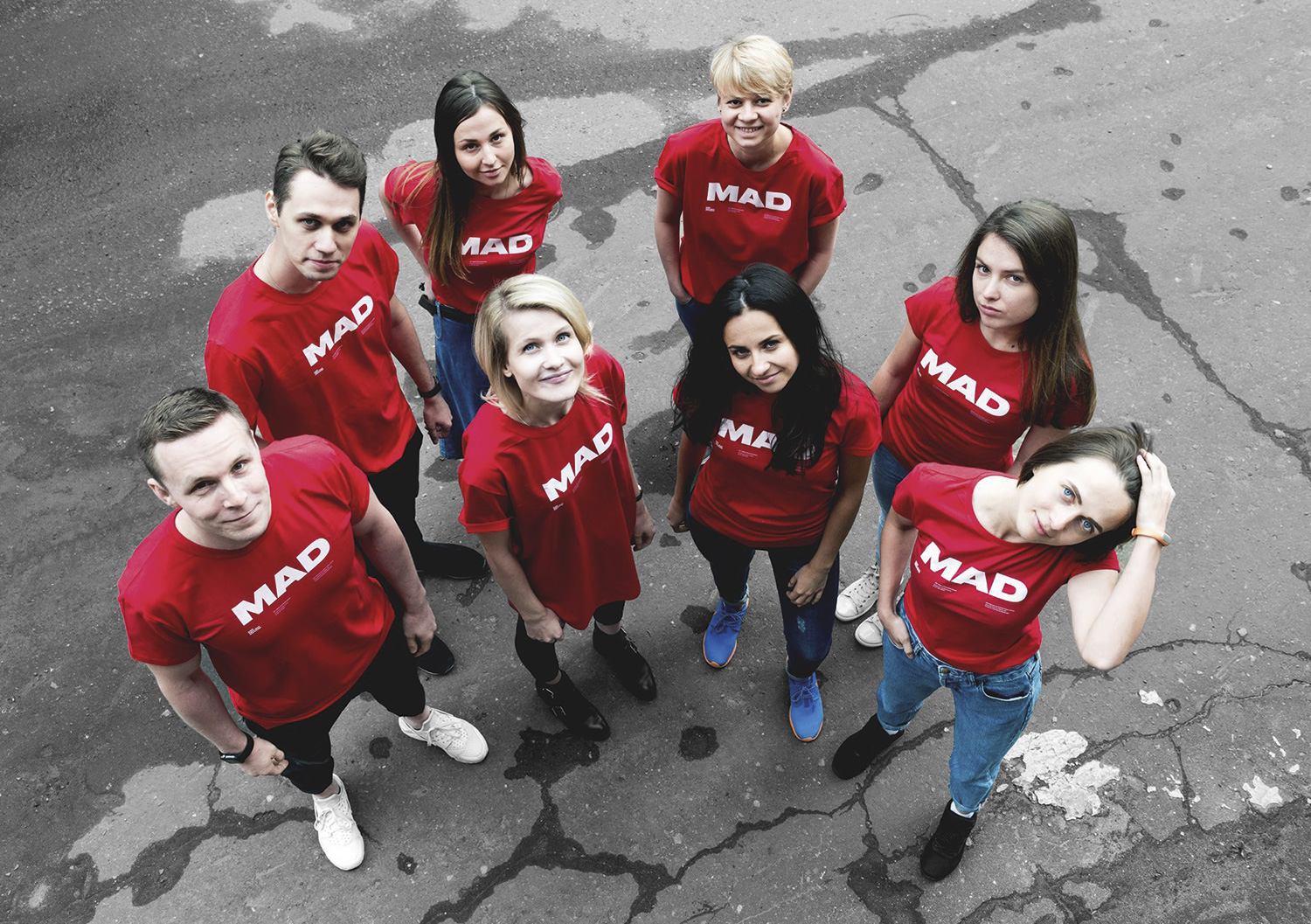 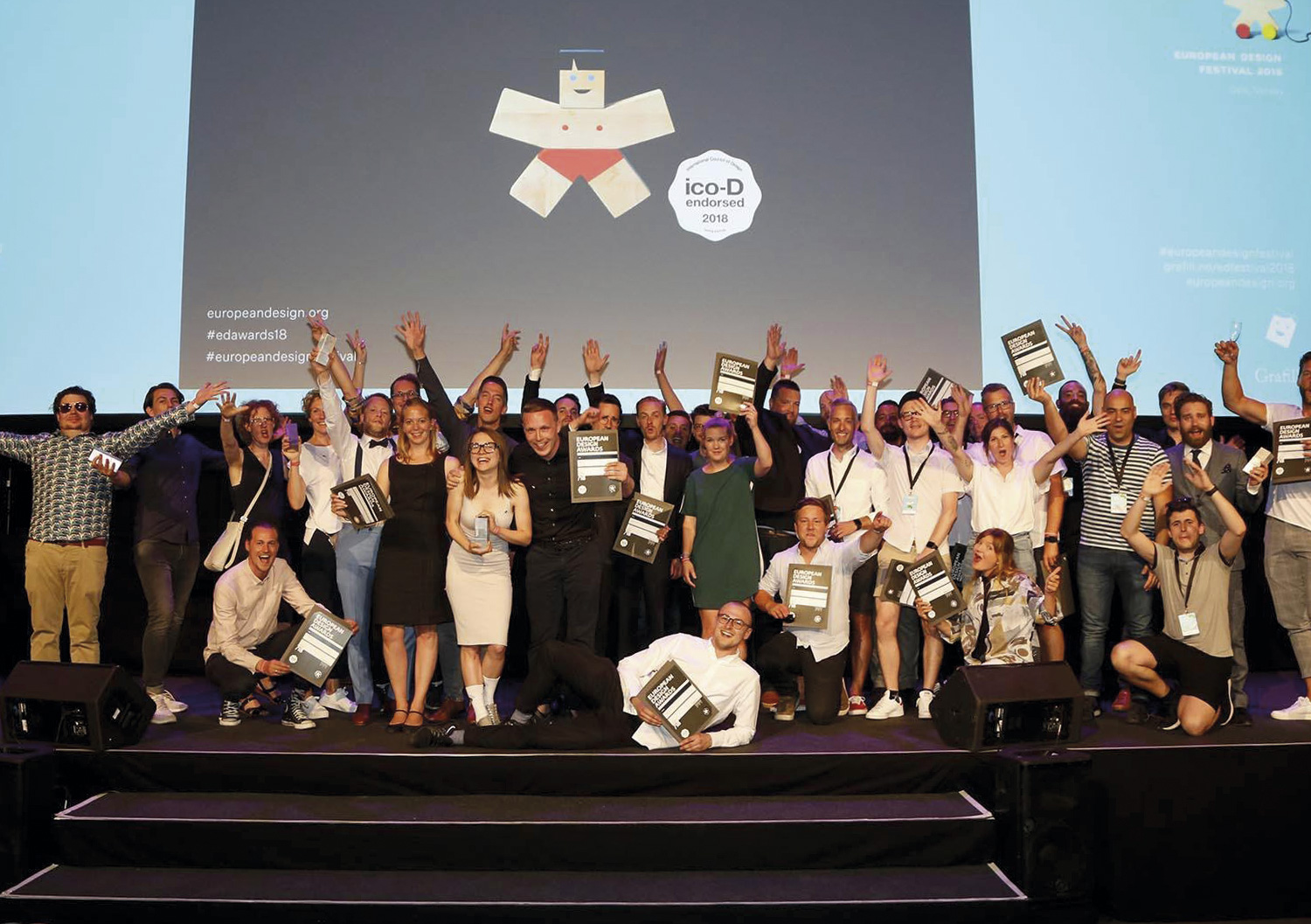 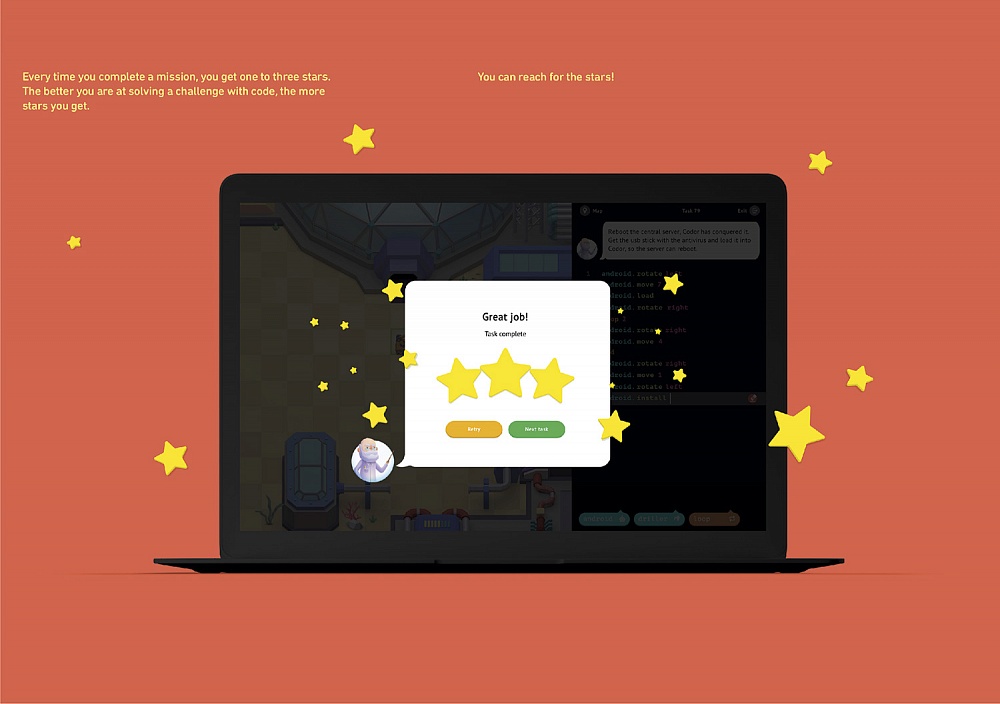 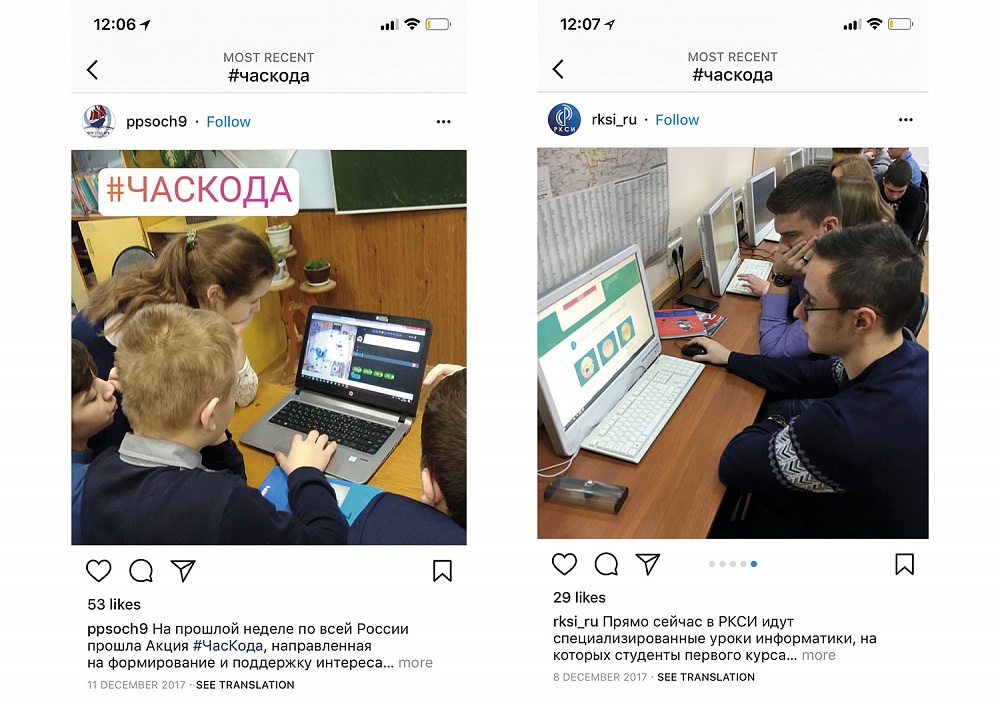 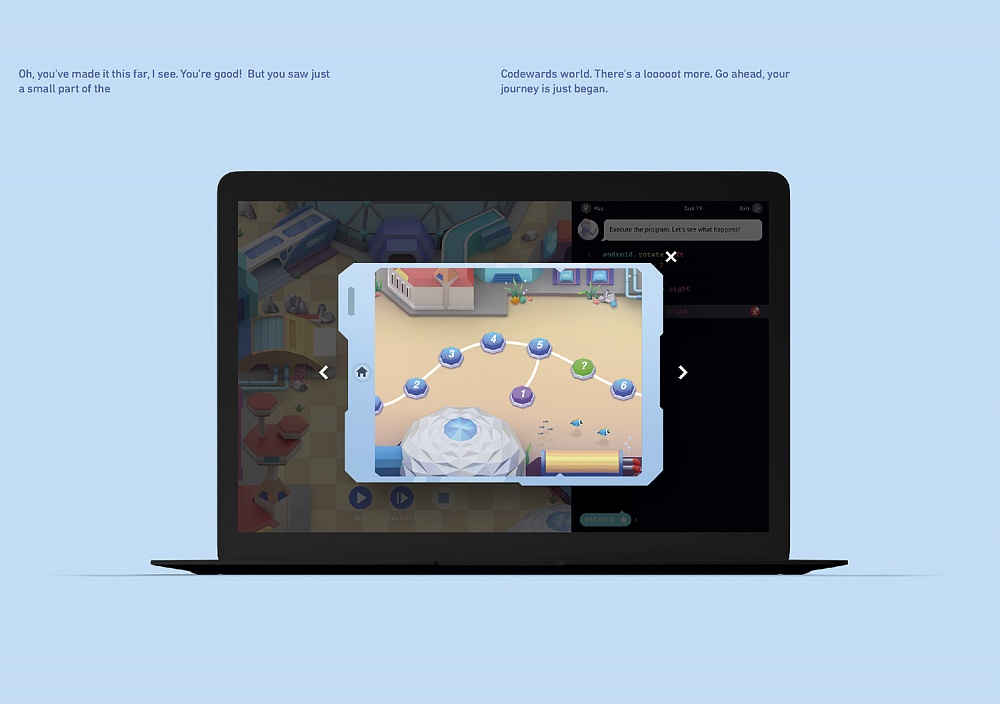 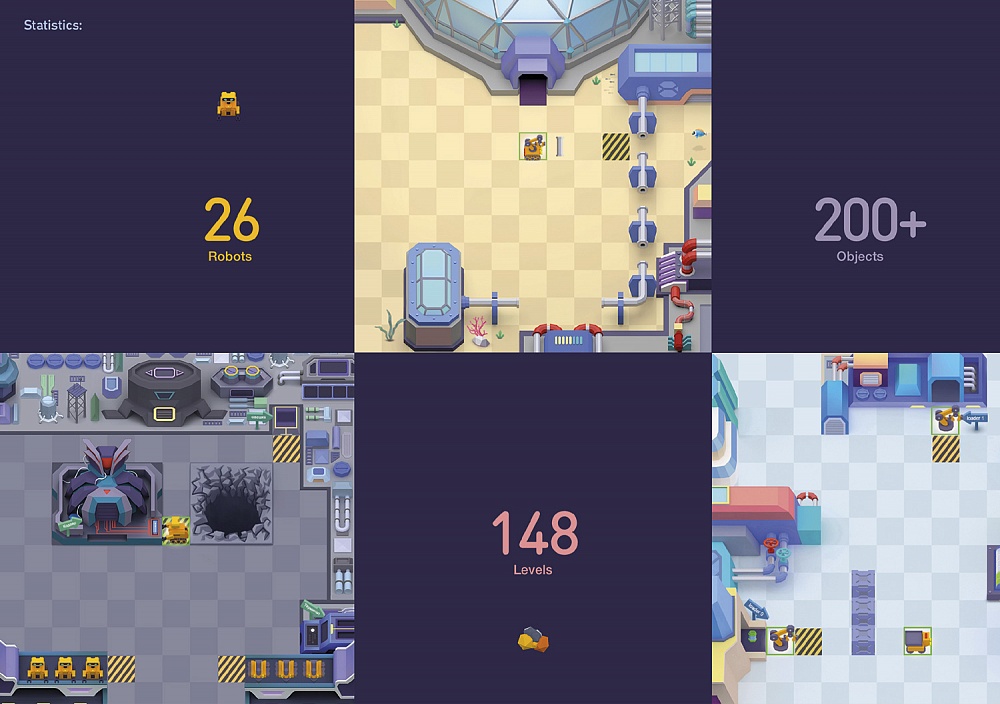 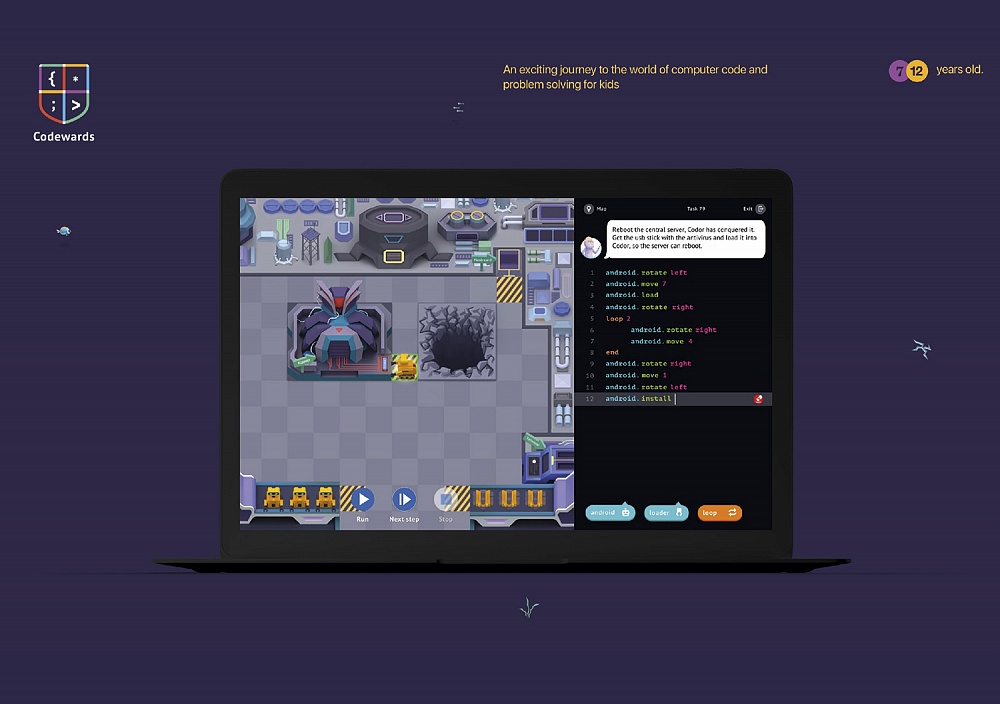 All news
12.05.2020 | News
Universal University launches a new project — Moscow School of Contemporary Art
01.05.2020 | News
Admission to the British Degree programmes is open
27.04.2020 | News
Joint project by students of Foundation Art & Design and Beijing Academy of Creative Arts
24.04.2020 | News
BA (Hons) Photography students to launch a virtual exhibition of contemporary photography
01.04.2020 | News
British Higher School of Art & Design to lead Pentawards Top 10 Student League Table
Our Graduate Takes Gold at European Design Awards
Hey! New design here!
If you notice that something is not working properly — please let us know by email [email protected] :)
We use cookies developed by our specialists and third parties, to analyze the events on our website, which allows us to improve interaction with users and service. Continuing to view the pages of our site, you accept the terms of its use. For more information, see our Privacy Policy.