BOOK TRILOGY ABOUT THE STUDENTS TRIP TO INDIA

The book FIELD TRIP 2015/2015. INDIA about thefield trip of students and tutors of BA (Hons) Interior Architecture and Design programme to India saw the light. The book is a trilogy consisting of photos and travel notes made by the participants.

The book FIELD TRIP 2015/2015. INDIA about the field trip of students and tutors of BA (Hons) Interior Architecture and Design programme to India saw the light. The book is a trilogy consisting of photos and travel notes made by the participants.

The students accompanied by programme leaders Joseph Van der Steen and James O’Brien visited large Indian cities of Mumbai, Ahmadabad and Delhi. India is a vast country that presents itself to an observer (in this case, designers and architects) in all the plethora of its landscapes, climates and architectural forms that ultimately invoke various responses among the viewers.

The students visited a great number of places, from the sprawling odorous streets of Mumbai to the Arid landscapes and bustling bazaars of Ahmadabad and finally the cooler reaches of Delhi with its planned colonial past. The vibrant impressions were carefully preserved by the participants of the field trip in their photos, sketches, notes, videos and recordings.

The collected materials were systematized and made the basis of the book published shortly after the trip. Each part of the trilogy is dedicated to one of the cities and captures this indigenous atmosphere that surrounded the travelers throughout their journey.

Mumbai in its insomnia provided the students with a glimpse of a city with various cultures, a poly-centric, hot, sticky conurbation. By contrast Ahmadabad appeared as an arid, dry, and largely vegetarian state with rich history reflected in its crafts and built heritage. The Old Delhi provided much of the same richness and chaos of Mumbai, while the New Delhi, planned and built by Edwin Lutyens in the early 20th century welcomed students as a stark contrast with its grand boulevards and diplomatic enclaves.

You can read about the adventures of the participants of the India field trip by downloading all three parts of the book (click the links below). 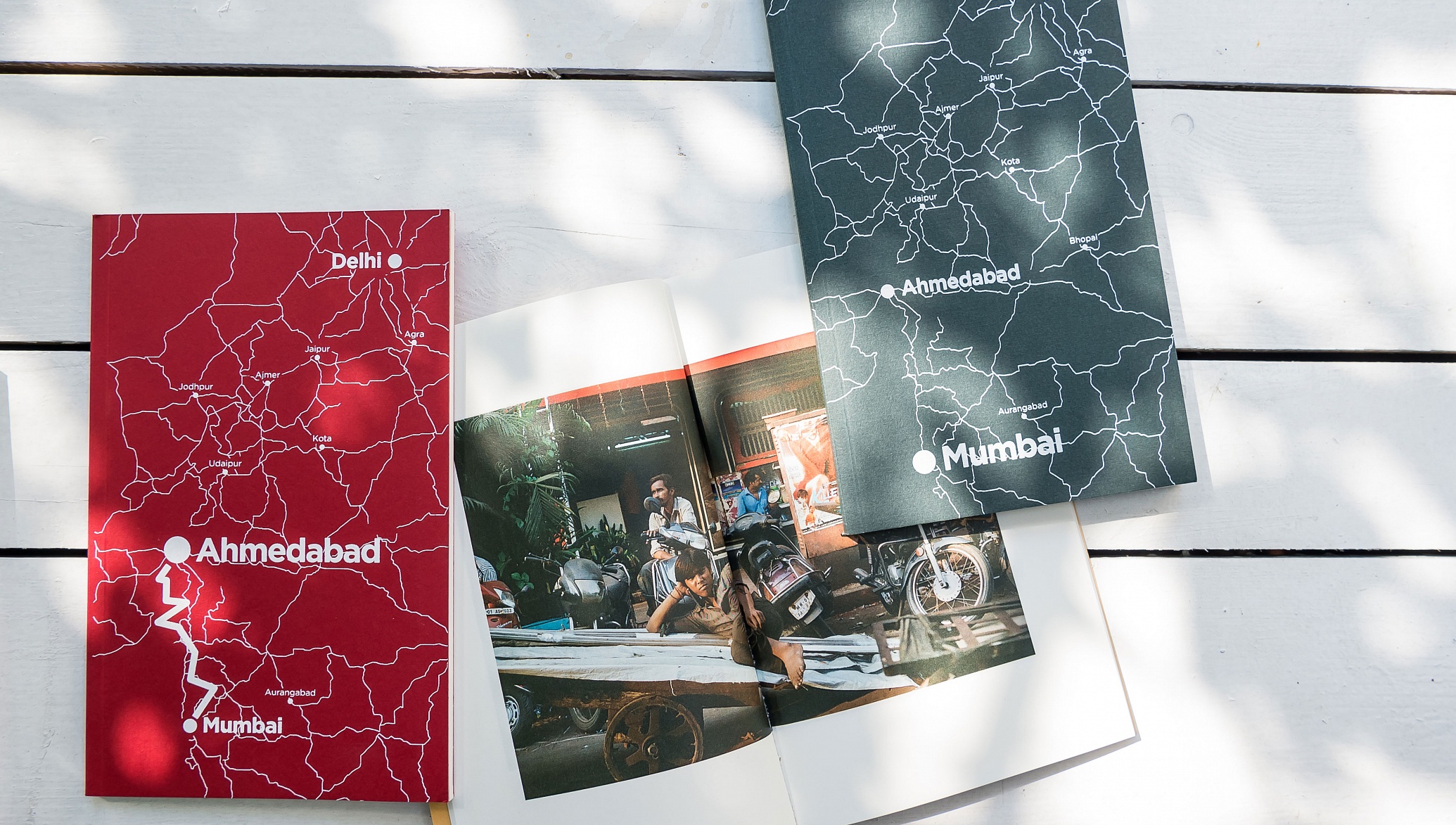 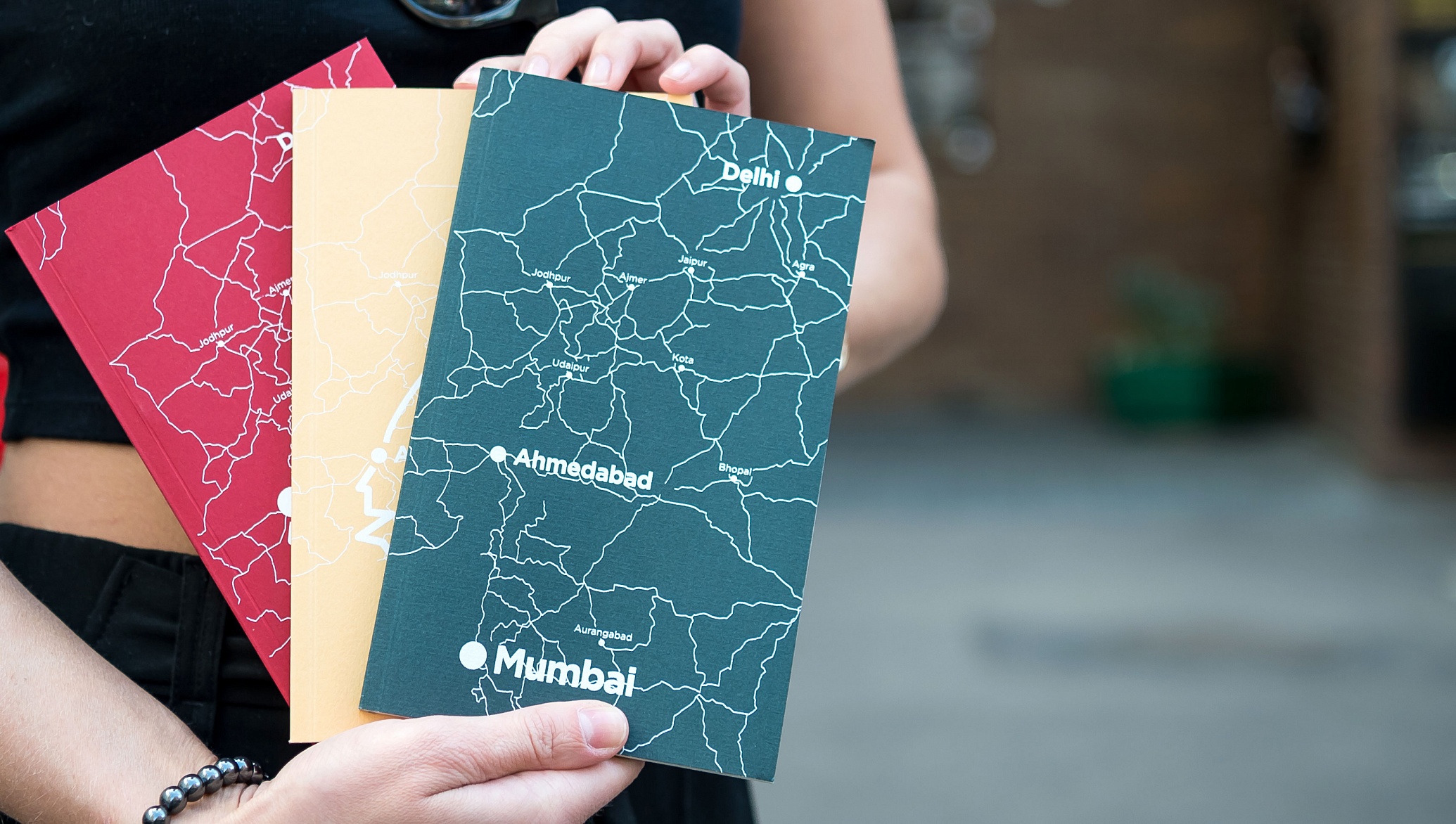 All news
17.12.2020 | News
A collaborative project of Foundation Art & Design students and Manchester School of Art students was presented at an exhibition in Shanghai
24.11.2020 | News
BA (Hons) Interior & Architecture Design students won the 3rd place in the Brick competition in the nomination "Brick public space"
01.10.2020 | News
Garments from degree collections of BA (Hons) Fashion Design graduates were chosen for Tsvetnoy Central Market’s new campaign
15.07.2020 | News
The future starts now: BA (Hons) Fashion Design students take part in the creative upcycling project with H&M and “ELLE Russia”
15.06.2020 | News
BA (Hons) Graphic Design graduates launched an online exhibition
BOOK TRILOGY ABOUT THE STUDENTS TRIP TO INDIA
We use cookies developed by our specialists and third parties, to analyze the events on our website, which allows us to improve interaction with users and service. Continuing to view the pages of our site, you accept the terms of its use. For more information, see our Privacy Policy.