Here comic strip first appeared in RAW magazine in 1989 and contained just six pages. In 2014, Richard McGuire turned it into a 300-page-long book 300, which he presented in person at the British Higher School of Art and Design.

Here comic strip first appeared in RAW magazine in 1989 and contained just six pages. In 2014, Richard McGuire turned it into a 300-page-long book 300, which he presented in person at the British Higher School of Art and Design. The action in Here takes place in a single room, but over thousands of years. This comic strip is considered one of the most influential works in XX century, as noted by Art Spiegelman, Chris Ware, Douglas Wolk and other comic books artists.

«Some say that it took me 25 years to finish Here graphic novel. This isn’t the case. Actually, I was completely focused on the book for the last three years. I spent a year on research and the rest on drawings. While working on the book I also prepared its digital version», says the author.

The premiere presentation of the book was organized in St Petersburg during the Boomfest comic books festival. After that, Ricard McGuire visited BHSAD, where he spoke with BA (Hons) Illustration students, answered their questions and told them about his creative career. Each attendee had an opportunity to receive the coveted book with an autograph from their idol. 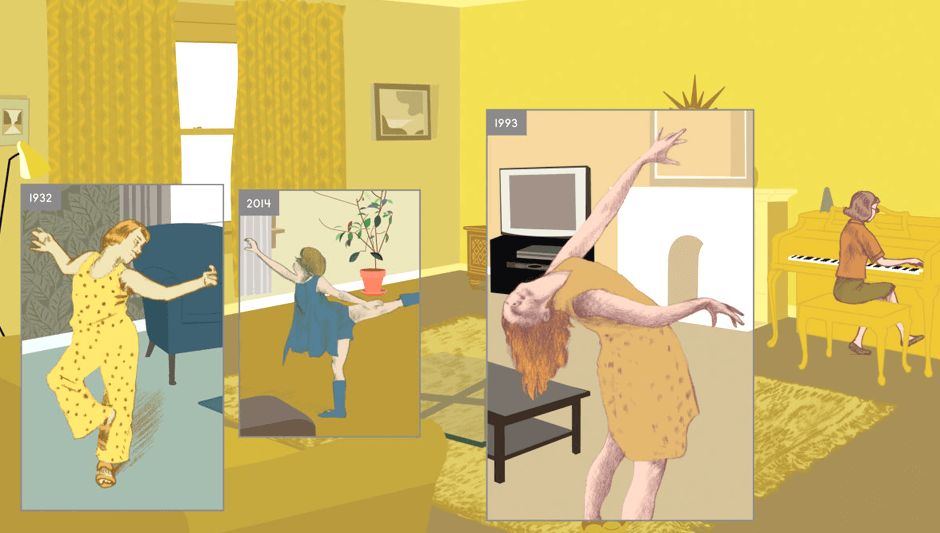 Blog All news
21.03.2022 | News
Britanka, MFS, AliExpress Russia and the Love Syndrome Foundation launched a clothing brand for people with Down syndrome
01.12.2021 | News
Call for applications for U AWARDS 2021 is now open till December 15th
25.08.2021 | News
Graduates of BA (Hons) Fashion Design presented their project with actress Irina Gorbacheva
06.08.2021 | News
Final projects of British degree programmes students are now available online
11.01.2021 | News
The World Brand Design Society has given the British Higher School of Art and Design the title of WBDS Design Education Institution of the Year
ILLUSTRATION GURU RICHARD MCGUIRE PRESENTS HIS FAMOUS BOOK «HERE»
We use cookies developed by our specialists and third parties, to analyze the events on our website, which allows us to improve interaction with users and service. Continuing to view the pages of our site, you accept the terms of its use. For more information, see our Privacy Policy.