Students of BA (Hons) Fine Art Level 5 programme were assigned with a task to devise and organize four exhibitions of their works at different Moscow venues. As a result, the wide audience had a chance to see works performed by the students and gauge the conceptual vision of aspiring artists.

Students of BA (Hons) Fine Art Level 5 programme were assigned with a task to devise and organize four exhibitions of their works at different Moscow venues. As a result, the wide audience had a chance to see works performed by the students and gauge the conceptual vision of aspiring artists.

Works presented at the exhibition are widely different both in their visual and ideological aspect, yet they demonstrate certain similarities. Each of the artists is capable of working with the opposites, but they do not deal with the notions of ‘black’ and ‘white’. The display items seem to balance on the brink of ‘yes’ and ‘no’, ‘do’s’ and ‘don’t’s’, reality and fantasy, healthy and unhealthy essence. The world is full with opposites, but they are what makes harmony possible.

The authors of the exhibition also wanted to highlight the fact that we all deal with unconventional forms of expression in our everyday lives, such as performance, growing mold, silicon, alimentary products, epoxide resin, sculpture, geometry of numbers, etc. The venue at Flacon design factory featured paintings, sculptures, photos and video art.

The exhibition resulted from the efforts of five BHSAD students. Using various media tools, they attempted to look at the reality around us thought the prism of the SYSTEM. Natalya Bazarnova created a map that reflects the processes caused by the SYSTEM. She sought to view the SYSTEM as a process that has certain rules and then to show what happens if the coherence of the SYSTEM is compromised.

Vasilisa Bessarabenko examined color systematization of memory. She captured memories of the time spent with her son by using the child’s scribbles that repeat themselves in various color combinations creating a single SYSTEM.

Sofia Kesidou investigated the process of repetition as part of the SYSTEM. The project’s main aim was to create something new through repetition of one existing element. By gathering visual elements characteristic of Moscow, she processed them through her own SYSTEM of transformation, which served as a starting point for the series of paintings.

Maria Smirnova addressed the system of color perception through senses and scientific approach. She demonstrated color as a structure that brings together scientific and emotional factors.

The Palimpsest exhibition featured sculptures, paintings and video art. The works were meant to show how piling, the palimpsest, visually divided space with the help of large objects, thus creating contrast with smaller sculptures lying on the floor. The division of space allows the viewers to wander with their eyes across the objects, which makes the display more dynamic.

Sasha Orlova demonstrated sculptures, industrial objects, pipes of body color. The idea was to reorganize the space of the exhibition hall with its layout, to emphasize the industrial context of the space.

Eliza Kreizberg made sculpture objects by using paper, silkscreen and liquid glass. In her work, she explored application of hand-written text to the already existing one during Soviet times.

Alisa Omelyantseva created three oil paintings on fiberboard and combined it with the use of video projection. By mixing painting with video art, Alisa came up with layering of various images.

Medina OKOVOW explored the idea of palimpsest through symbolism, making eight sculptures in the shape of plaster octagons. These figures created a mosaic in the floor that was turned into a base for future manuscript that the artist made during the exhibition.

A group of five young artists made a study of relationship between time and space called Chronotope. Time and Space are indicators of reality, perceived differently by different people. The authors of the project encouraged to learn our own interpretations of the reality around us, which was embodied in artistic practices of each of the participants.

By experimenting with video, painting, photography, installation and sculpture techniques, they reflected their own perspective of Chronotope concept. As part of the exhibition, they viewed the concepts of life in a city, change of space through time, and interaction between nature and the industrial environment. 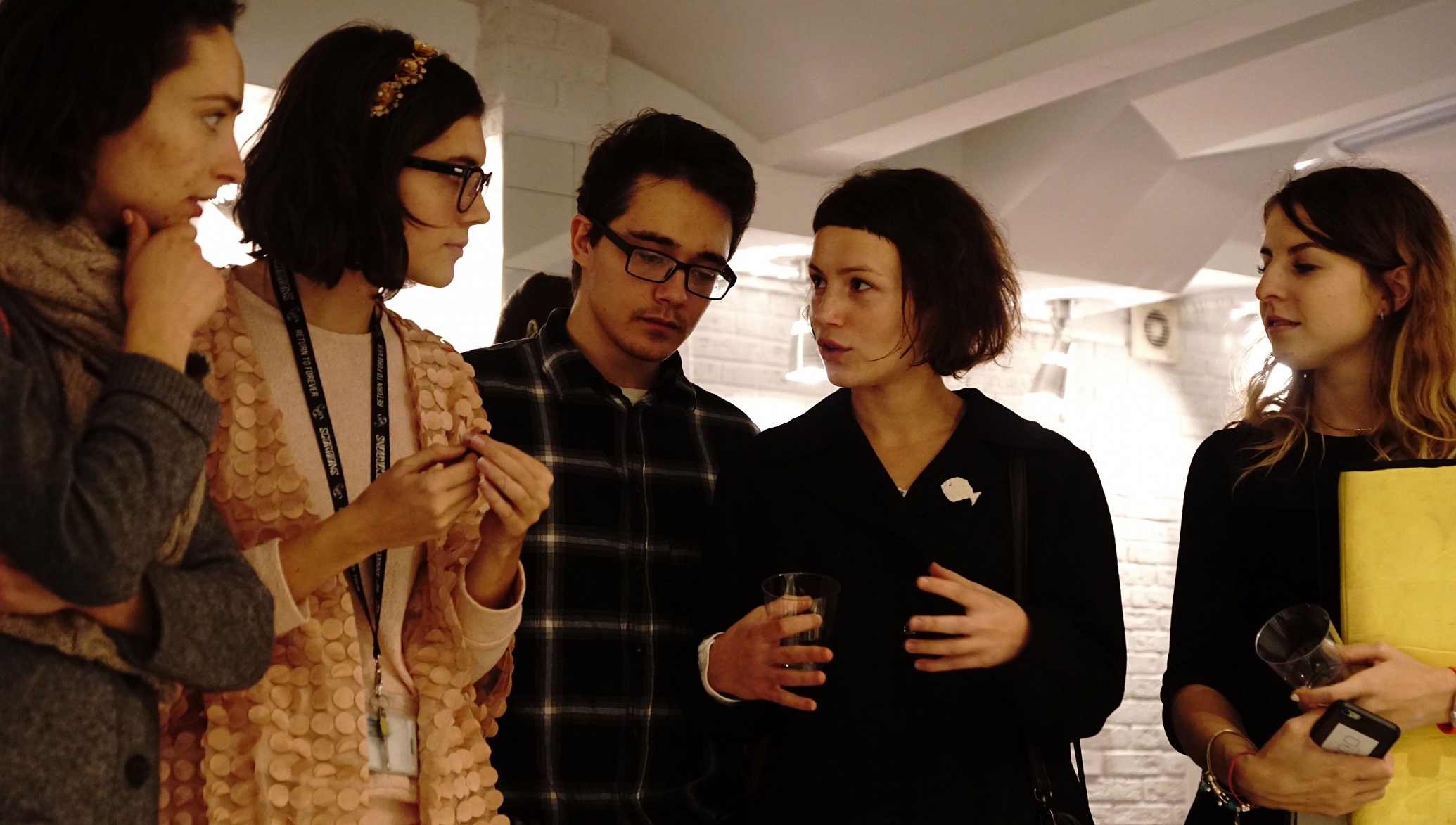 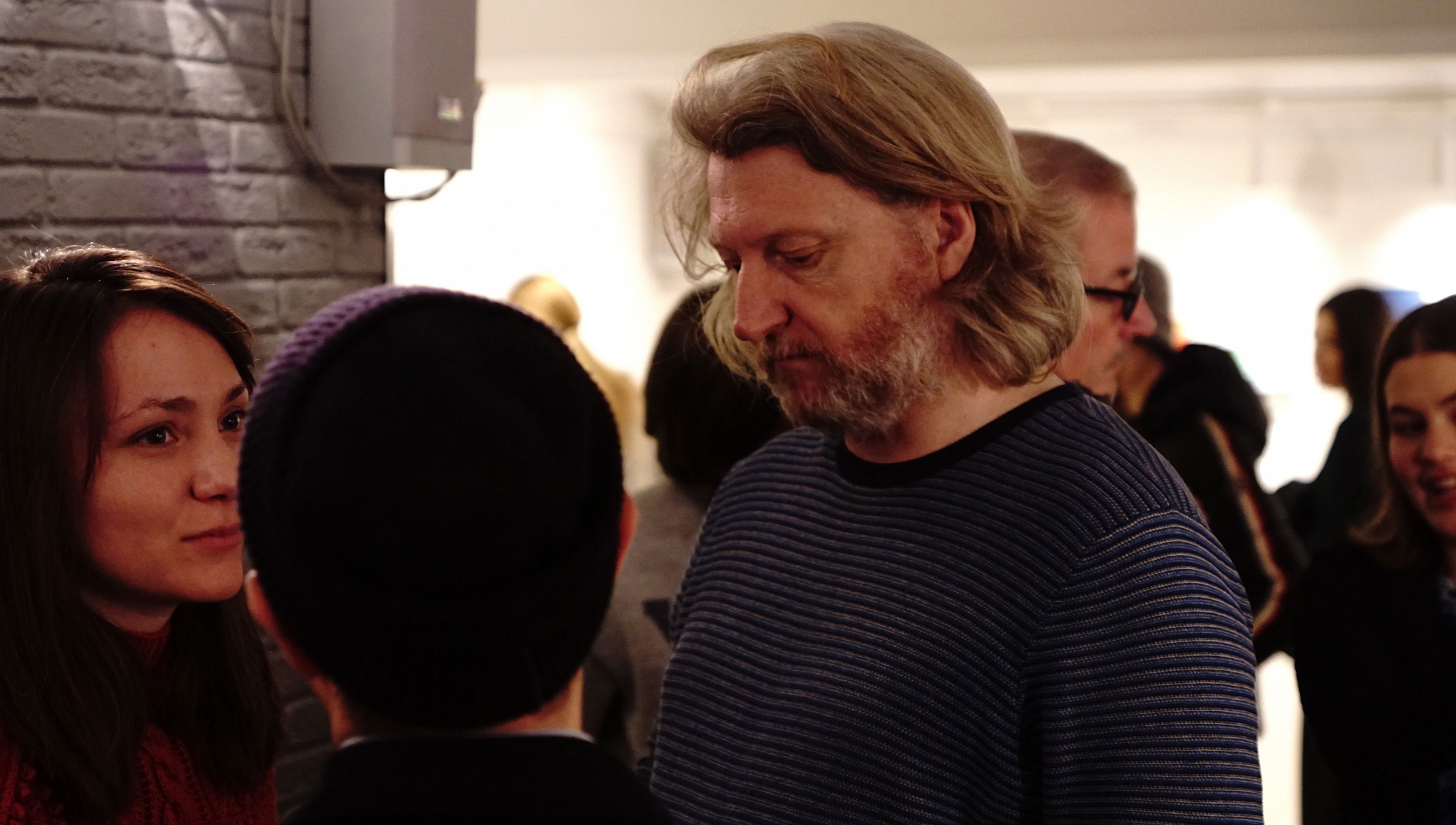 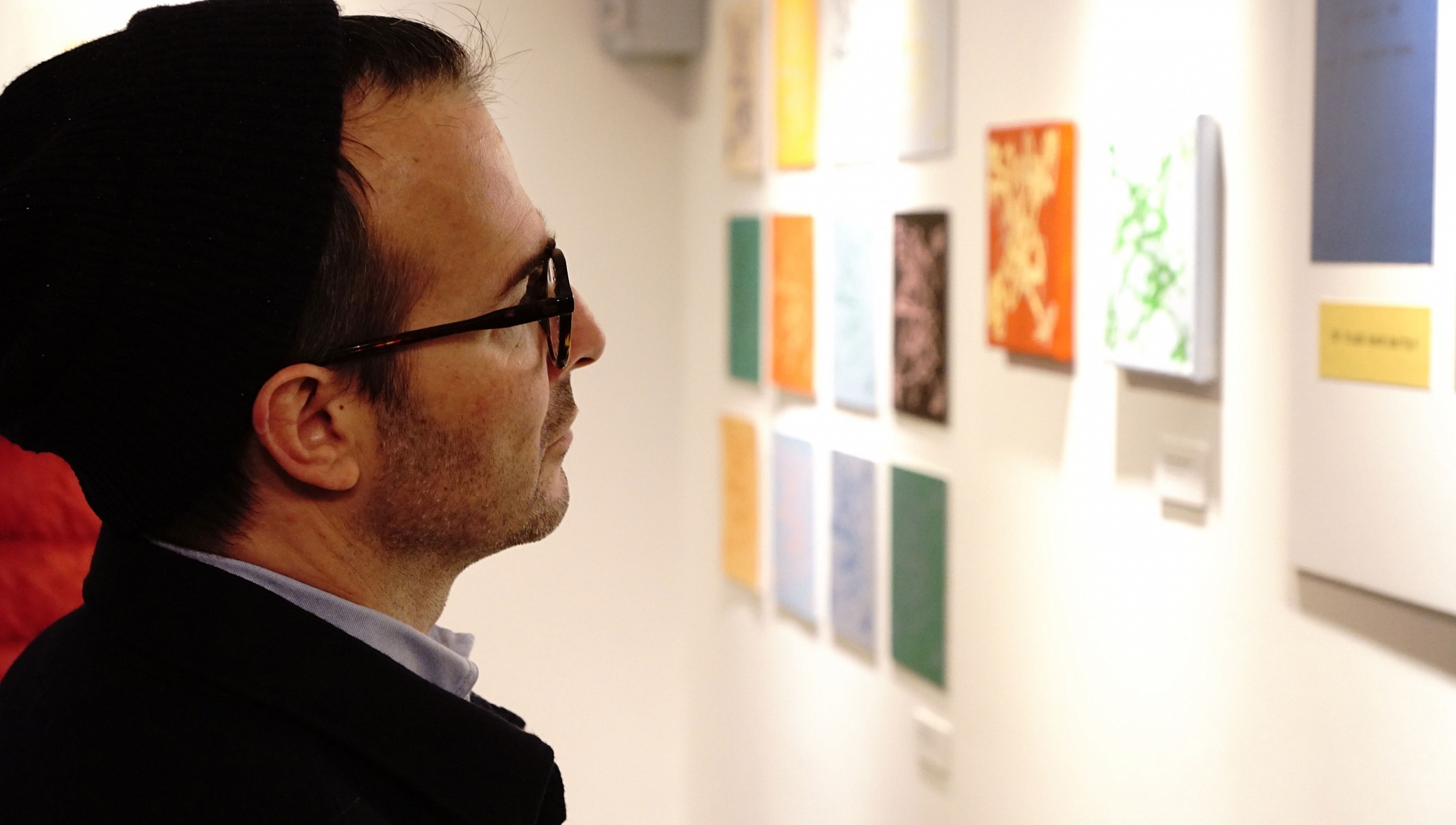 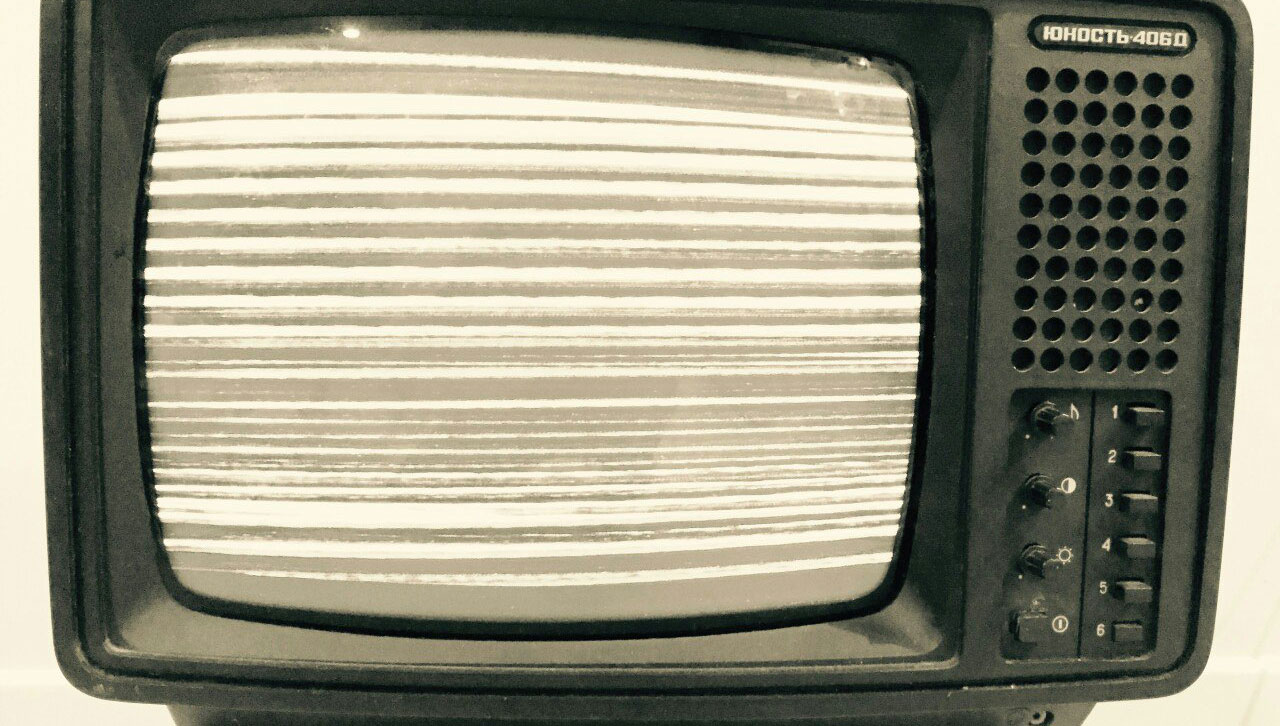 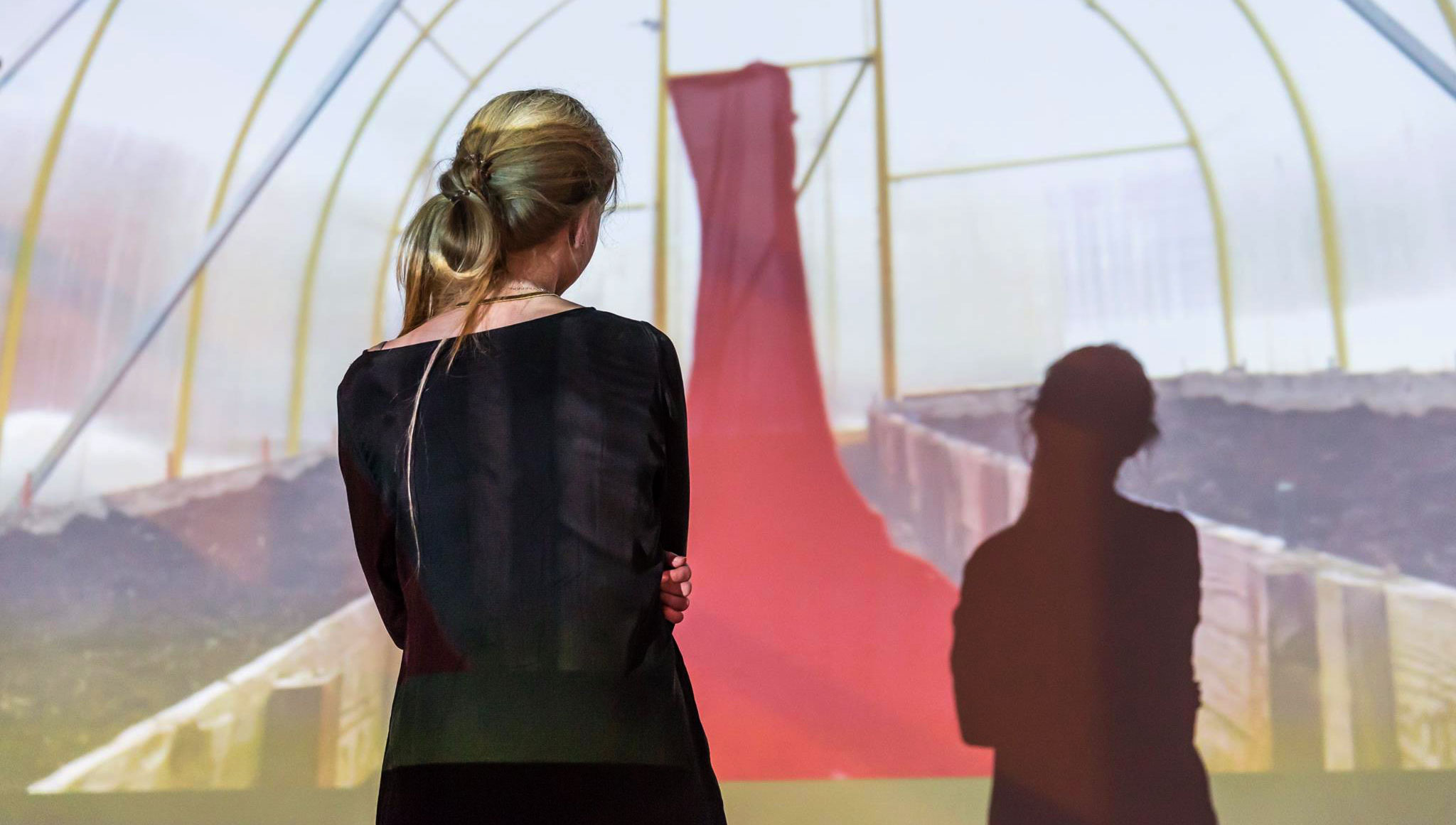 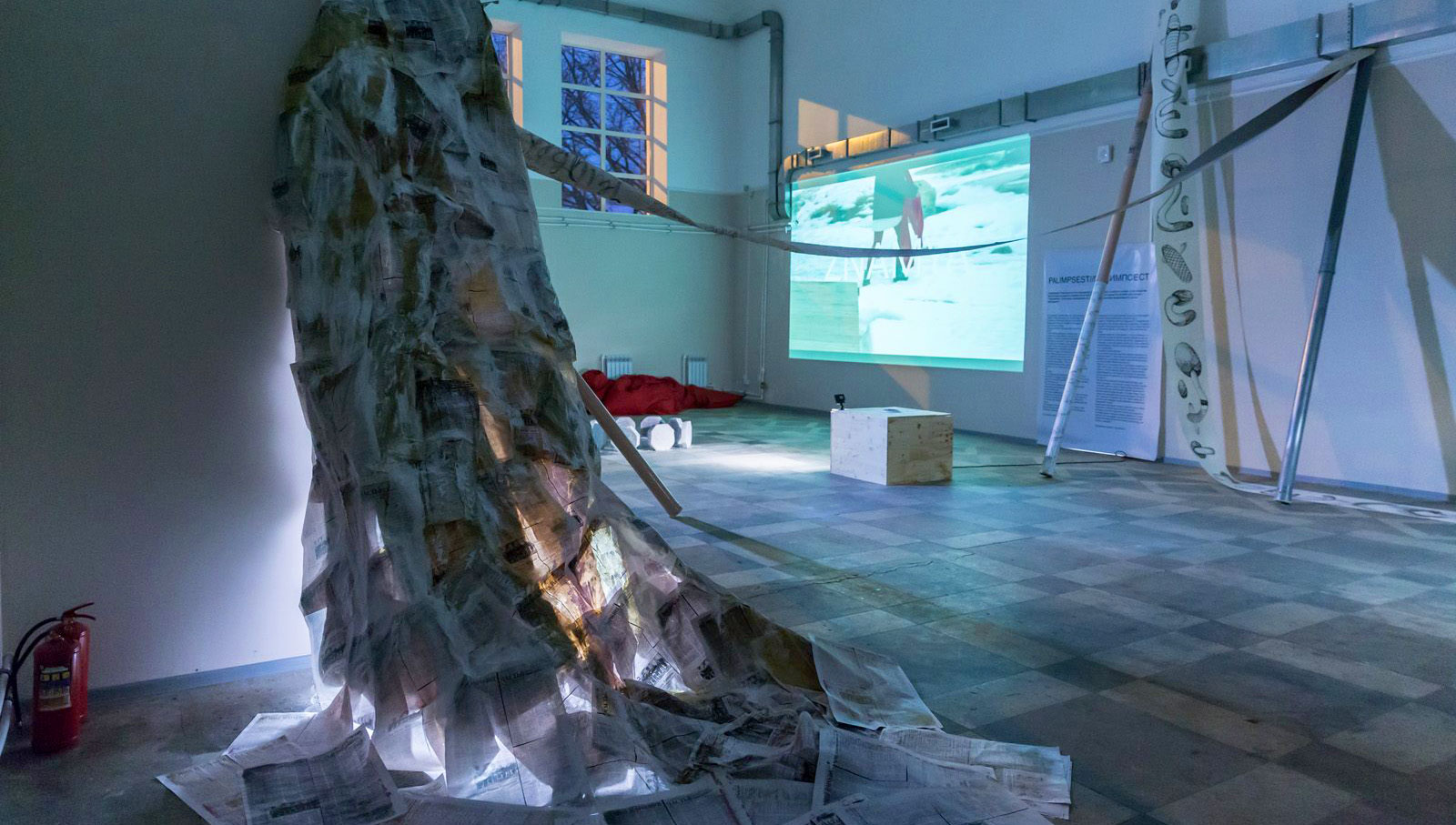 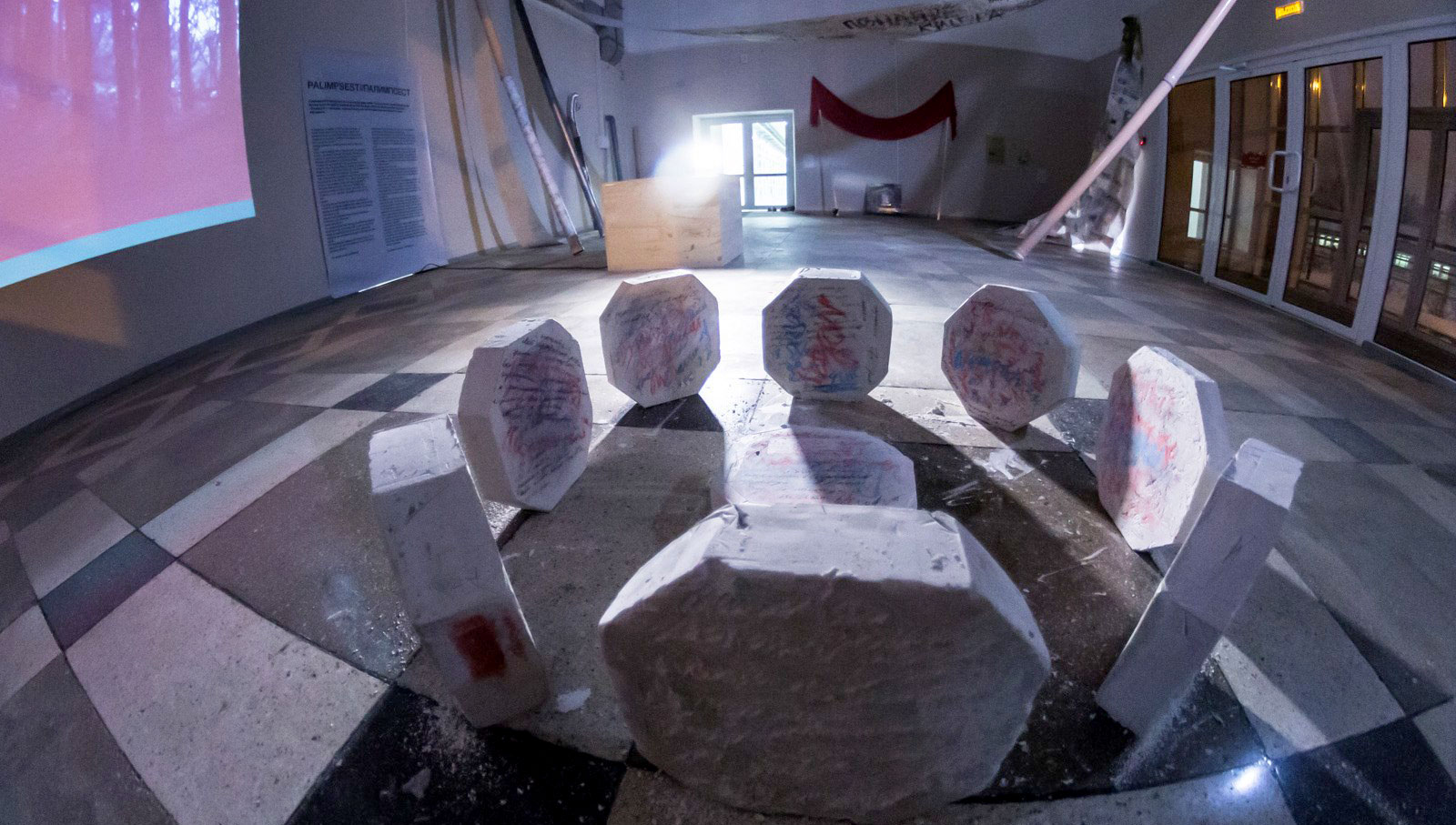 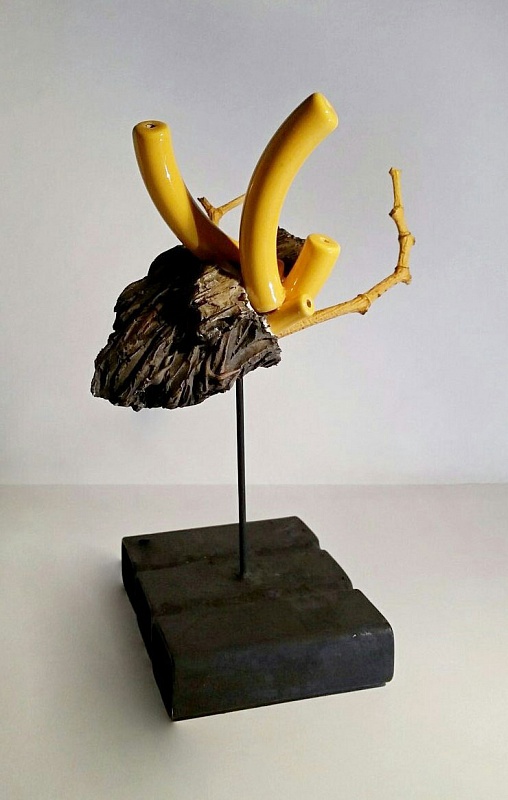 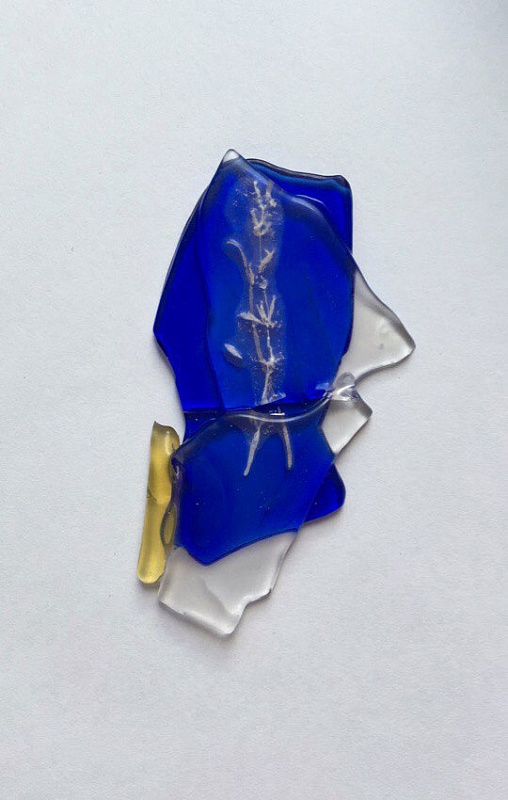 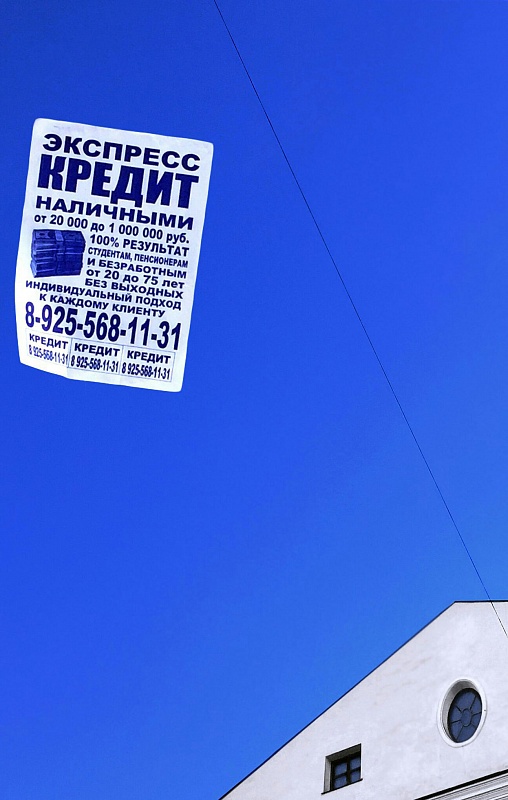 All news
12.05.2020 | News
Universal University launches a new project — Moscow School of Contemporary Art
01.05.2020 | News
Admission to the British Degree programmes is open
27.04.2020 | News
Joint project by students of Foundation Art & Design and Beijing Academy of Creative Arts
24.04.2020 | News
BA (Hons) Photography students to launch a virtual exhibition of contemporary photography
01.04.2020 | News
British Higher School of Art & Design to lead Pentawards Top 10 Student League Table
STUDENTS’ EXHIBITIONS LAUNCHED AT 4 DIFFERENT VENUES
Hey! New design here!
If you notice that something is not working properly — please let us know by email [email protected]ru :)
We use cookies developed by our specialists and third parties, to analyze the events on our website, which allows us to improve interaction with users and service. Continuing to view the pages of our site, you accept the terms of its use. For more information, see our Privacy Policy.