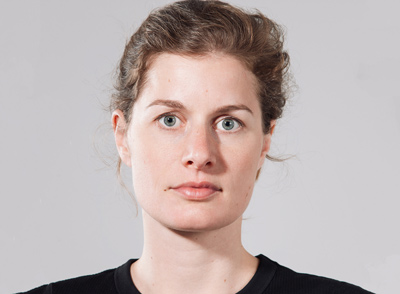 Claudia Doms is a designer and educator from Germany. She has studied at the Rietveld Academie in Amsterdam and Cooper Union in New York. Doms has run her own practice since 2008, working with a variety of clients and collaborators, such as Time Magazine, Wallpaper, Tate Britain, Foam Museum, Moscow Museum of Modern Art, Åbäke, Lily van der Stokker and Stella McCartney. Her studio practice encompasses visual identities, editorial- and spatial design as well as independent projects that have been showcased in exhibitions across Europe. Since 2017 Doms has actively promoted an exchange between young designers in Moscow and abroad. Most recently she has conceived ‘We begin with a Squiggle – Rietveld Moscow’ at MMOMA, a collaborative masterclass between professionals and design students from Russia and the Netherlands.

● contextual teaching and learning
● professional development: forming situations during and after studies
● visual landscapes outside the established

All works
Claudia Doms
Hey! New design here!
If you notice that something is not working properly — please let us know by email [email protected] :)
We use cookies developed by our specialists and third parties, to analyze the events on our website, which allows us to improve interaction with users and service. Continuing to view the pages of our site, you accept the terms of its use. For more information, see our Privacy Policy.