This is the Worst Thing I Have Ever Witnessed

The work investigates the relative nature of noise in the context of the 1937 Hindenburg disaster’s media coverage. It utilises the two most popular mass media of that time: documentary photography and radio broadcast. The base of the work is a sequence of eight images, which were made by amateur photographer Foo Chu. They were captured on a 35 mm camera and had a lot of artefacts such as grain, excessive contrast and blur, making the representation of the event more dramatic and emotional. Because of that, the media community mostly refused the value of these shots in favour of more objective ones, made by professional photojournalists. In other words, these qualities were regarded as noise that corrupted the images.

At the same time, the iconic radio broadcast of Herbert Morrison covering the tragedy included indecipherable speech, crying and screaming. Nevertheless, it has become exemplary in the history of reportage and served as a reference for many journalists.

At that historical period, radio was also used for transmitting images. This technology was called telephotography and required each image to be divided into small squares, which were then played as sound frequencies according to their brightnesses. In his work the artist utilises the same approach to transmit Foo Chu's photographs through the virtual space. Halfway through, this signal mixes with the report of Herbert Morrison, which was deconstructed and transformed into nonlinguistic sounds, which convey the overall tone instead of figurative speech. 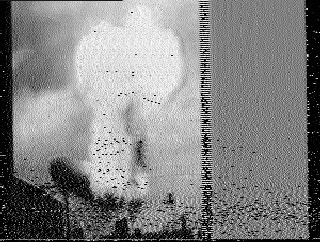 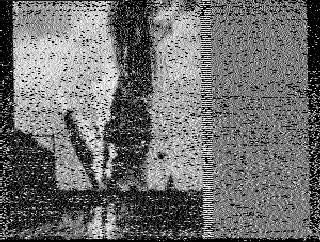 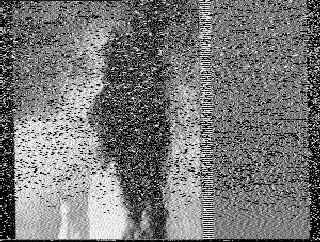 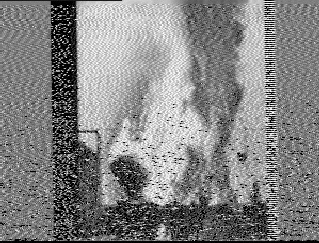 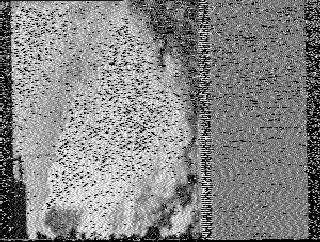 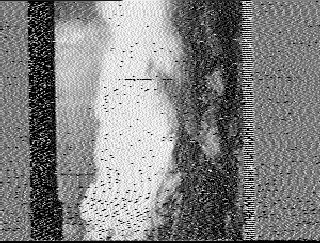 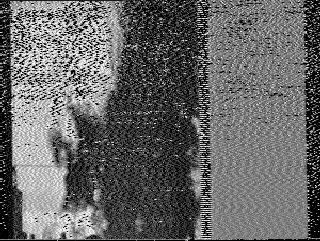 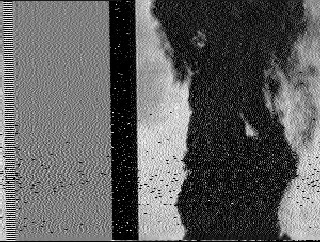