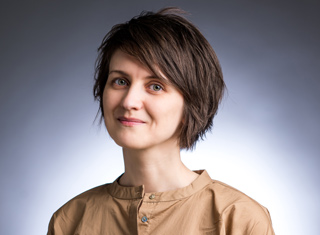 In 2020 became a resident of CCI FABRIKA, Moscow, with a collaborative project with Natalya Zintsova, Immanuel Kant Airport.

In 2019 participated in the Garage MCA Summer School. Earth and Writing: a Study of the Anthropocene.
Essay: Figures of Liminality of the Kaliningrad Sea Coast.

Graduated in 2014 from BHSAD with a first-class BA (Hons) in Fine Art. Degree essay: Gender, Space and Representation in the Works of Cathy Wilkes.

In 2013 received a Garage MCA grant for emerging artists. In 2014 was a BHSAD Fine Art fellow student.

From 2014 worked as a Lecturer on a number of courses at BHSAD.

Sculpture-, text- and time-based practices evolving around the idea of a place.