The School welcomes students from all over the world

The School fosters a multicultural, mutually respectful environment, which means every student can count on the support of peers, teachers and administrative staff, irrespective of their country of origin.

The friendly and supportive atmosphere at the School helps them quickly feel at home and adapt to their new environment, make new friends and build useful networks..

How to get by without knowing Russian

Fear not — all communication and inductions for international students of British programmes is conducted in English. Naturally, all of our British bachelor programme tutors (as well as most of the School's administrative staff) are fluent in English.

In addition, our Russian students often help their foreign counterparts out with any day-to-day issues and their studies. Later on, many of our foreign graduates stay in touch with their former fellow students, having gained a real sense of the culture and energy of Russia during their studies at BHSAD.

To study in Russia, international students will need to obtain a student visa. Contrary to many people's expectations, processing a Russian visa is surprisingly straightforward. Our staff from the international department of BHSAD will be happy to advise you and help you put together the necessary documents.

Getting a visa can take some time, so we strongly advise that you submit your documents at least 2-3 months before the start of your studies. Please address any visa-related enquiries to [email protected]

It's no stretch to say that Moscow is one of the most culturally rich cities in the world. It constantly plays host to a wide array of art and design-related events – from gallery exhibitions, to lectures and workshops, to major festivals.

Moreover, Moscow boasts an intoxicating mix of avant-garde galleries, art spaces and modern art centres that happily coexist alongside classical state museums and exhibition centres. With a strong exhibition programme and so many spaces devoted to cultural events, there are many opportunities here to visit blockbuster exhibitions featuring world-renowned artists, architects, designers and photographers. This makes Moscow am ideal place to both get acquainted with Russian art and design, and to become more familiar with the international art world.

World-renowned museums — must-sees for any well-educated person:
If you want to look at art from a different angle, check out Moscow's major modern art centres:

As one of the biggest cities in the world, Moscow boasts a well-developed transport system, which includes the metro, a vast network of buses and trams, as well as many taxi services. Public transport (especially the metro) will magically transport you anywhere in the city, helping you to avoid the rush-hour traffic jams on the roads.

In addition to being super-fast and relatively cheap, the Moscow metro, with its lavishly decorated underground stations, is regarded as one of the most beautiful in the world, and is a UNESCO world heritage site. As well as helping you to get from A to B, metro trains will also get you to the far corners of the city.

In addition, a network of road public transport covers all of Moscow. There are handy phone apps available that help you work out the time of your journey and track transport arrivals in real time.

You can buy single tickets or monthly transport passes, as well as load credit onto special cards to pay for your journey. Plenty of information is available here: http://troika.mos.ru/en/.

As expected, Russia is generally cooler than the rest of Europe, but this depends on the season and the region. Between May and September, Moscow enjoys comfortably dry, warm weather. Extreme summer heat is an exception, rather than the rule, here. In general, the temperature over summer period is between 15 - 25 degrees C. There are brief periods of rain.

The first cold snaps usually start in October and can run until March, and temperatures will definitely drop to well below zero. However, there is central heating in all buildings and on public transport, which ensures that it's toasty and warm indoors, even if it's freezing outside. But if you're going outside in the autumn and winter, make sure you have a warm jacket, a hat, gloves and appropriate footwear.

As with any megalopolis, you should make sure you take sensible precautions to keep safe in Moscow.

Don't leave your handbag or backpack open or unattended — especially if you're travelling on public transport or standing in crowded places; be discreet with fancy gadgets, large sums of money or expensive jewellery. Be wary of strangers and suspicious people and don't let yourself be talked into accepting dubious offers from people you don't know. All bankcard operations, money transfers and foreign exchange transactions should be carried out through official banks and providers only.

Learn more
Events
News
Career
Choose a programme
We use cookies developed by our specialists and third parties, to analyze the events on our website, which allows us to improve interaction with users and service. Continuing to view the pages of our site, you accept the terms of its use. For more information, see our Privacy Policy.
× 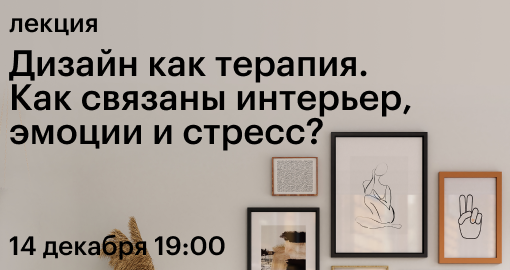